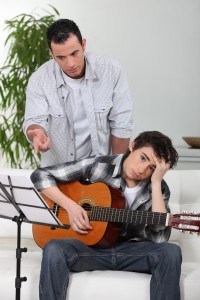 “Nothing has a stronger influence psychologically on their environment and especially on their children than the unloved life of the parent.” ~ Carl Jung

The memory of holding my daughter for the first time is as fresh today as it was forty years ago. As the nurse placed her in my impatient, sweaty arms, it felt as if my heart would burst through my chest!

Counting those 10 beautiful fingers and toes, the love I felt for this tiny part of my soul swelled throughout my body.  There were no words. In that one instance, all of my hopes and dreams for her rushed through me like living whispers inside my heart. Did I translate those dreams to her in that one moment, implanting it into her DNA?

And, what if, in reality, my hopes and dreams for her were not what she wanted for herself?

In my 30-plus years working with families and teenagers as a high school counselor and now an independent college coach, I can truly say I never met a parent that didn’t love their child unconditionally and want what they thought was best for them.

Unfortunately, I’ve also met many “unconscious” parents who shared their own hopes and dreams with their child with the expectation that their child would live out the dreams and vision that the parents abandoned long ago.

The impact can be devastating on the child, who becomes so heavily invested in his own parent’s wellbeing, happiness and healing that he will do just about anything to achieve his parent’s dream.

Witnessing this ruination has been difficult.

I remember Ben, a bright, energetic junior, gifted in art and theater, but determined to fulfill his Mom’s

dream for him to become a doctor. The one snag in his plan was his low math ability. In a meeting with Ben’s Mom, I offered several suggestions for careers that would allow him to thrive creatively. Ignoring Ben’s strengths and talents, Mom became so angry with me during that meeting that she fired me as her son’s counselor.

I ran into Ben a few years ago while he was waiting tables. When I asked how he was, he told me, “I’ve moved out of the house. Mom and I don’t talk. And, I’ve decided that college just isn’t for me.” So sad and such a waste of his talent.

And then there was Christine, a talented, smiling student, who had a gift for fixing things. She was known around the school as the student who could repair anything electrical: toasters, can openers, printers, even computers.

Her Dad, however, held the unrealistic vision that Chris had to get a degree in psychology. “She’s going to be a great counselor. I just know it,” he beamed proudly. Determined to please her father, she took every academic and AP class she could, getting C’s in most. I spoke to the father, suggesting majors in 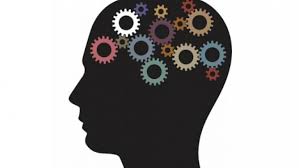 engineering or business. He thanked me for my suggestions, but told me that he knew what was best for her. Viewing her through the lens of his own unlived life, I doubt if he really understood her at all.

I could share many more stories of parents who ignored their child’s talents and strengths because they were determined that their child would fulfill their own plans. To parents living their lives through their children I say “Stop it!”

“I see adult children who are still sacrificing themselves on the crucible of their parent’s unlived lives, whether in the form of dashed dreams, unrealized values, dissatisfaction, unhappiness, and outright despair, misery and suffering.”

Each of us, I believe, is born into this life with certain gifts. One of the roles of parents is to encourage and nurture their child so that those gifts blossom.  I understand that raising children today is difficult. However, raising them to fulfill your own agenda for your life is an impossible task that brings lifetimes of misery.

Let me help you by supporting your child in finding careers that match their talents and strengths.

Click here to see an overview of the services I offer.

I empower YOU to navigate today's College Admissions maze to realize YOUR college dreams!

Want to avoid a college debt catastrophe? Get this FREE report to learn how! Click Here to Get Your Free Report!