Since the start of 2015, six very different colleges and universities have announced plans to make fundamental changes in their admissions policies and become Test-optional Colleges. Some, including Virginia Commonwealth University, even made the switch to become test-optional colleges midway through the 2014-2015 school year. 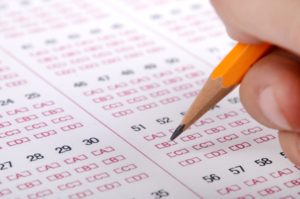 race between the ACT and the College Board (which owns the SATs) for leadership in the standardized testing industry.  And this just isn’t about college entrance exams.  Both organizations are hoping for that huge financial gain that comes with having states and school districts sign on with their products for mandatory statewide testing.

More colleges and universities dropped their ACT/SAT admissions testing requirements in the past 12 months than during any other year since FairTest began keeping track of this movement nearly 30 years ago, according to Robert Shaeffer, public education director of the National Center for Fair and Open Testing.

The test-optional colleges trend “is a strong rejection of the College Board’s ‘new’ SAT, which was unveiled in the spring of 2014,” said Shaeffer.  “Instead of waiting to see the revised college admissions tests in action, as its promoters hoped would happen, more and more schools have recognized that no standardized test is needed to do high quality evaluations of undergraduate applicants.”

While students, families and high school professionals grapple with test-taking strategies for the next several years, college professionals are beginning to think about how to compare students’ presenting results from as many as three different achievement exams – ACT, SAT or revised SAT.  And, they need to announce their preferences as to which tests, if any, are preferred by the high school class of 2017 and beyond.

I know the motivation behind ACT and College Board is profit.  But shouldn’t the overwhelming motivation of all of us working with students preparing for college be the 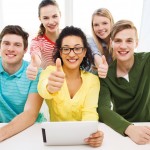 student and not the dollar?  By taking away the college admissions requirement for a standardized test score, these colleges are placing their motivations squarely with the needs of students.  Bravo!

I empower YOU to navigate today's College Admissions maze to realize YOUR college dreams!

Want to avoid a college debt catastrophe? Get this FREE report to learn how! Click Here to Get Your Free Report!